Due to the pandemia,
We are doing online consultation 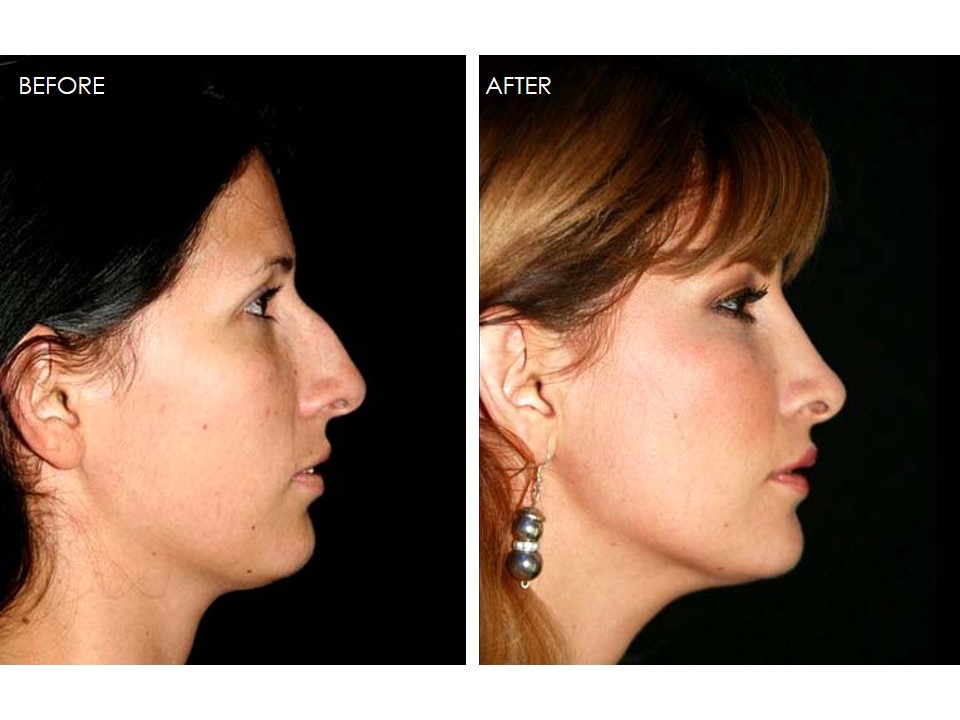 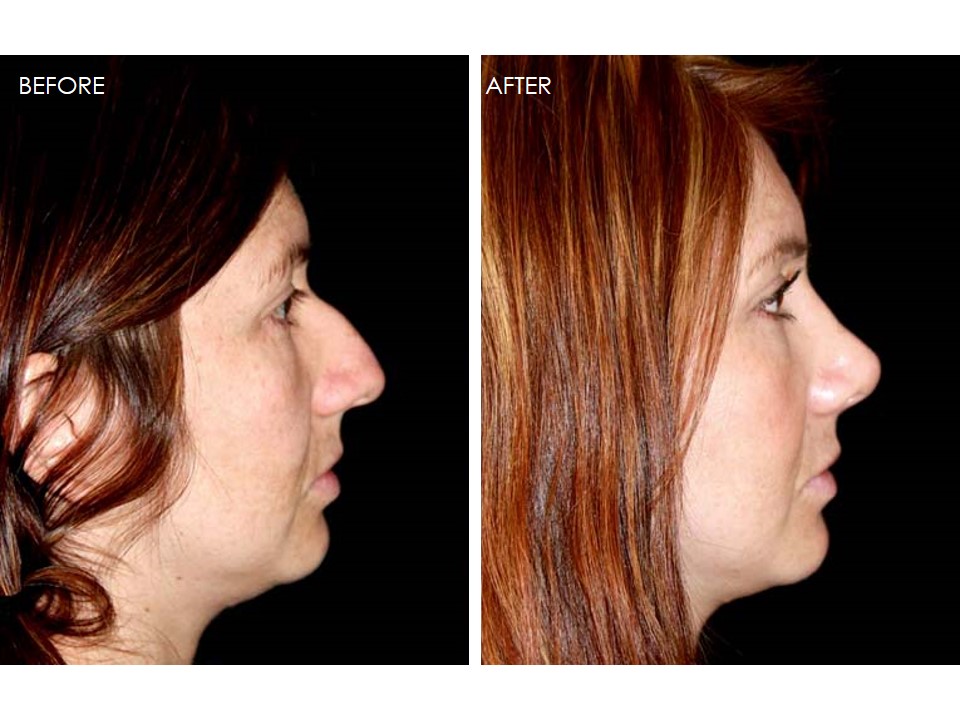 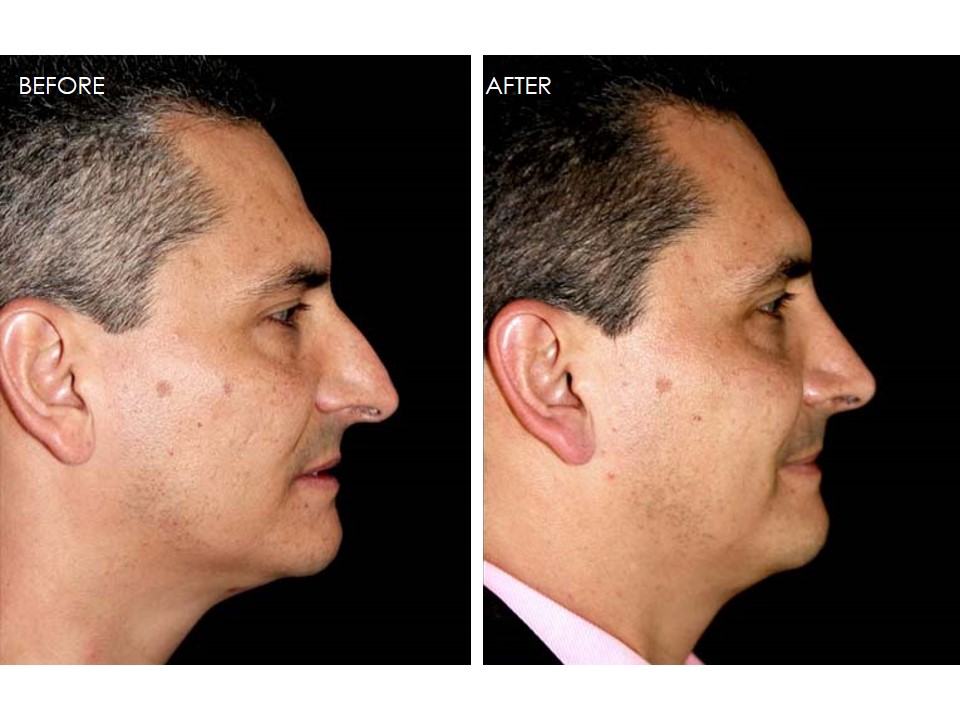 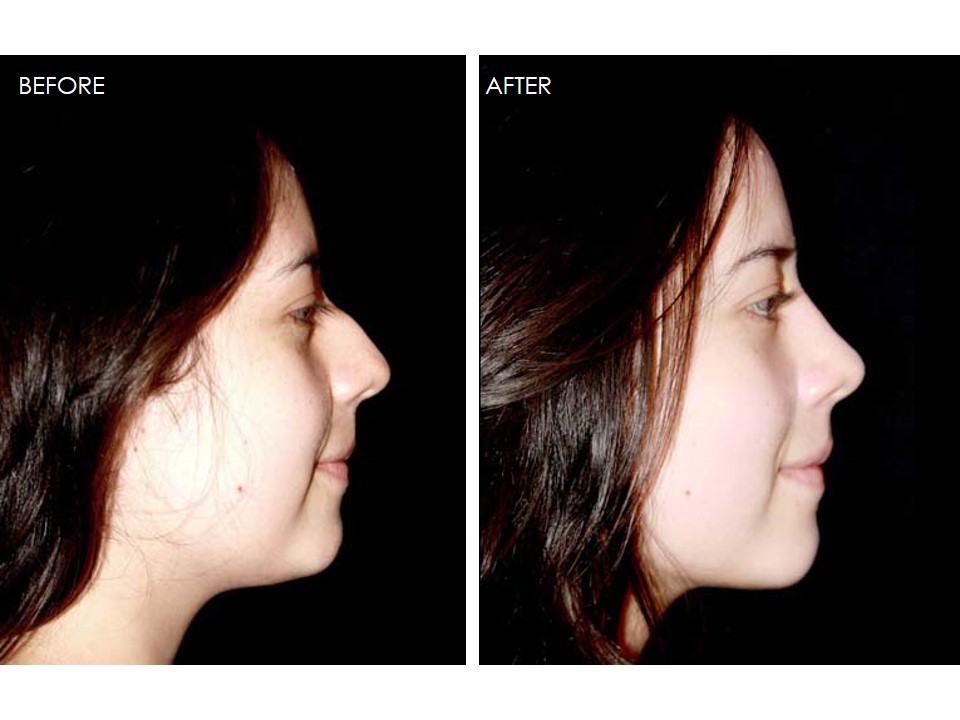 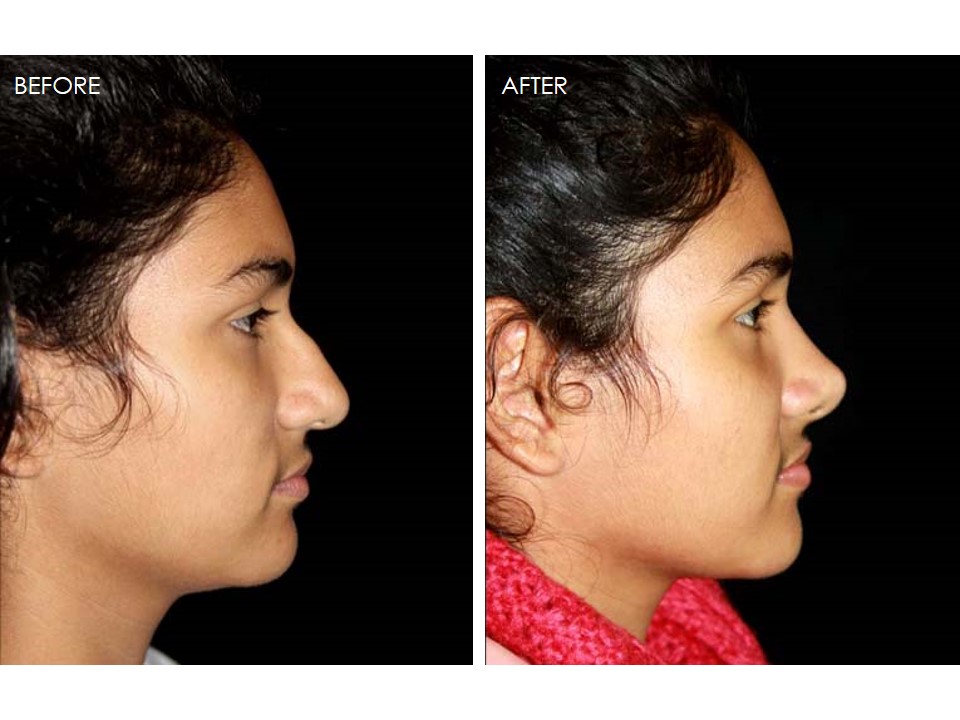 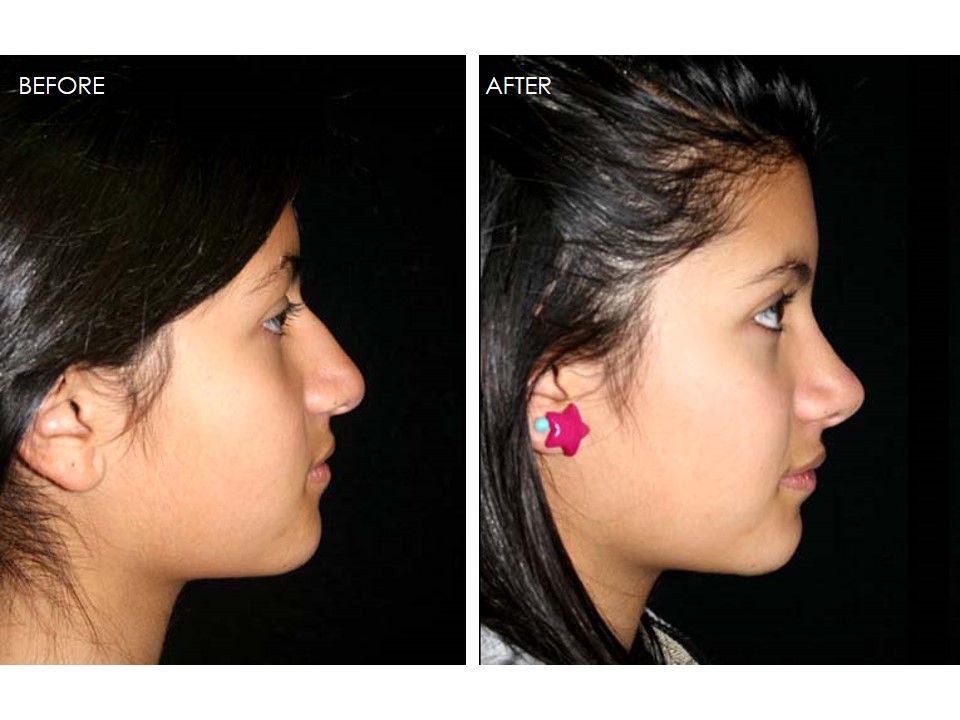 KNOW EVERYTHING ABOUT THIS WONDERFUL TECHNIQUE

WHERE ARE THE SCARS?

It is done without leaving any type of scar because they are all hidden inside the nostrils.

WHAT IS CORRECTED WITH THIS SURGERY?

In the cases in which there is compromise of the respiratory function, in the same surgical time, the functional and aesthetic part is corrected, achieving a completely natural result.

WHAT OTHER PROCEDURES CAN BE ASSOCIATED?

In some cases, chin augmentation is done to achieve a balance in the profile. The scar is located inside the mouth and a small silicone implant is used.

WHAT OTHER PROCEDURES CAN BE ASSOCIATED?

In some cases, chin augmentation is done to achieve a balance in the profile. The scar is located inside the mouth and a small silicone implant is used.

What should not happen in a nose surgery?

Is it useful to make projections on a computer?

The best way to know the philosophy of each surgeon and predict the possible results is to see the pre and post operative cases of other patients, as can be seen in our gallery of clinical cases or in our social networks.

Where are the incisions made?

We always use a closed technique, in such a way that the scars are hidden inside the nose, even when the nasal wings are cut out.

The open technique is reserved for difficult cases or in which there are sequelae of previous procedures.

How is the hump or lump resected on the back?

We always eliminate the hump with scraper, avoiding the use of hammer and chisel, because it generates a minor trauma and achieves a more predictable and controlled result.

Is it a painful procedure?

The nose is a very sensitive area, however, contrary to what one would think, the surgery is very painless.

Although the inflammation of the face is great during the first days, the pain is usually minimal.

Is it an outpatient procedure?

Nose surgery is an outpatient procedure, so after a couple of hours of recovery, patients leave the clinic for their home or hotel.

When nose surgery has been associated with major procedures, we recommend staying overnight at the clinic.

Normally, cartilage grafts are used from the resected tissue of the patient's own nose, in more complex cases they are obtained from the ear, and only in very specific situations, such as in Asian cases, do we use implants, usually made of silicone.

How is the recovery?

Although the recovery occurs with minimal pain, during the first few days, they appear purple and quite inflammation.

We recommend being at home during the first week. After that time the inflammation decreases enough to return to daily activities.

How long before the procedure should patients in Bogotá visit us from other cities?

It is recommended that patients from other cities or from abroad arrive two days before the procedure for adequate preparation.

How long do the bandages last?

The bandages are changed every week and they are removed at the end of a month.

Patients from other cities can travel by completing a week and continue making the changes on their own.

How long before the procedure should patients in Bogotá visit us from other cities?

It is recommended that patients from other cities or from abroad arrive two days before the procedure for adequate preparation.

How long should they be in Bogotá after surgery, foreign patients or from other cities?

They must be at least seven days for an adequate recovery.

Once the patients return home they can continue on their own with the bandage changes.

What precautions should I have before the procedure?

At least one or two weeks before surgery, all homeopathic medicines (natural drugs), garlic or onion pills and multivitamin complexes should be discontinued.

In case of any pain before the procedure, only acetaminophen (Dolex® or Tylenol®) is recommended.

Are obstructive problems improved with this procedure?

In all nose surgeries, the functional part is explored and obstructive problems are corrected.

When are the results obtained?

-From the first moment the change is appreciated.

-A month after the bandages are removed with the expected results, however the inflammation continues to decrease until the third month has gone completely.

When do you go back to work?

The nose surgery hurts very little and does not generate discomfort, only a strong inflammation and bruises that diminish during the first week, at which time you can resume daily activities.

What care should I have after the surgery?

During the first three months, it is important to avoid impact sports and direct exposure to the sun and blows.

We recommend using sunscreen and protection with umbrella, hat or cap.

How much is a nose surgery worth?

Prices vary according to the difficulty of each case.

For most patients, the value is around seven million pesos
for complicated or secondary cases (correction of sequelae of other procedures) can reach up to 15 million pesos.

These costs include the rights to the operating room, the anesthesiologist and the medical fees.

It is advisable to reserve approximately 500,000 pesos for additional expenses such as medicines, laboratories and medical insurance, etc.

What types of nose are there?

The most obvious characteristic of this group is the presence of osteocartilaginous humps.

This bulging on the nose is often associated with a drooping tip that is accentuated by laughing at the presence of the septi depressor muscle.

These cases in which a reduction of the volume of the nose is made, are what present the best results, because with simple procedures, of less than an hour of duration, surprising changes are achieved

Although not all the noses of this ethnic group are the same, they present a particular tendency.
Afro-descendants are characterized by a nose that starts very low on the forehead (low radix) and a very small back.
Its tip is usually poorly projected and ill-defined, with thick nasal wings and very large pits.

The hump is observed infrequently.

Its cartilaginous structure is thin and weak, contrasting with a very thick skin.

Philosophy in these cases does not seek to replace ethnic traits, but to perfect them, achieving a thinning of the tissues that make them a little more defined.

The configuration of the tissues in most of these patients, makes the changes that are achieved are limited, as often it is not possible to achieve a sufficient thinning of the tip.

The Asian nose is usually small; the back is low and the tip is poorly projected.

While in most cases of Caucasian nose a reduction of the back is sought, in Asian cases an increase is sought.

Its thin skin favors an easy molding of the tip that is usually undefined.

What is secondary rhinoplasty?

It refers to cases in which there have already been one or several previous surgeries that have left aesthetic or functional sequels.

They are usually difficult to manage, because the internal scarring that forms in the tissues makes the dissection complex and the results less predictable.

What is functional rhinoplasty?

The functional part is paramount in any aesthetic procedure. Whenever an aesthetic rhinoplasty is performed, obstructive problems such as basal ridges, deviations of the septum and cauterization of the turbinates are corrected.

In cases with severe obstruction and compromise of respiratory function, a joint work is performed, where an otolaryngologist solves the functional portion, while we improve the aesthetic part. 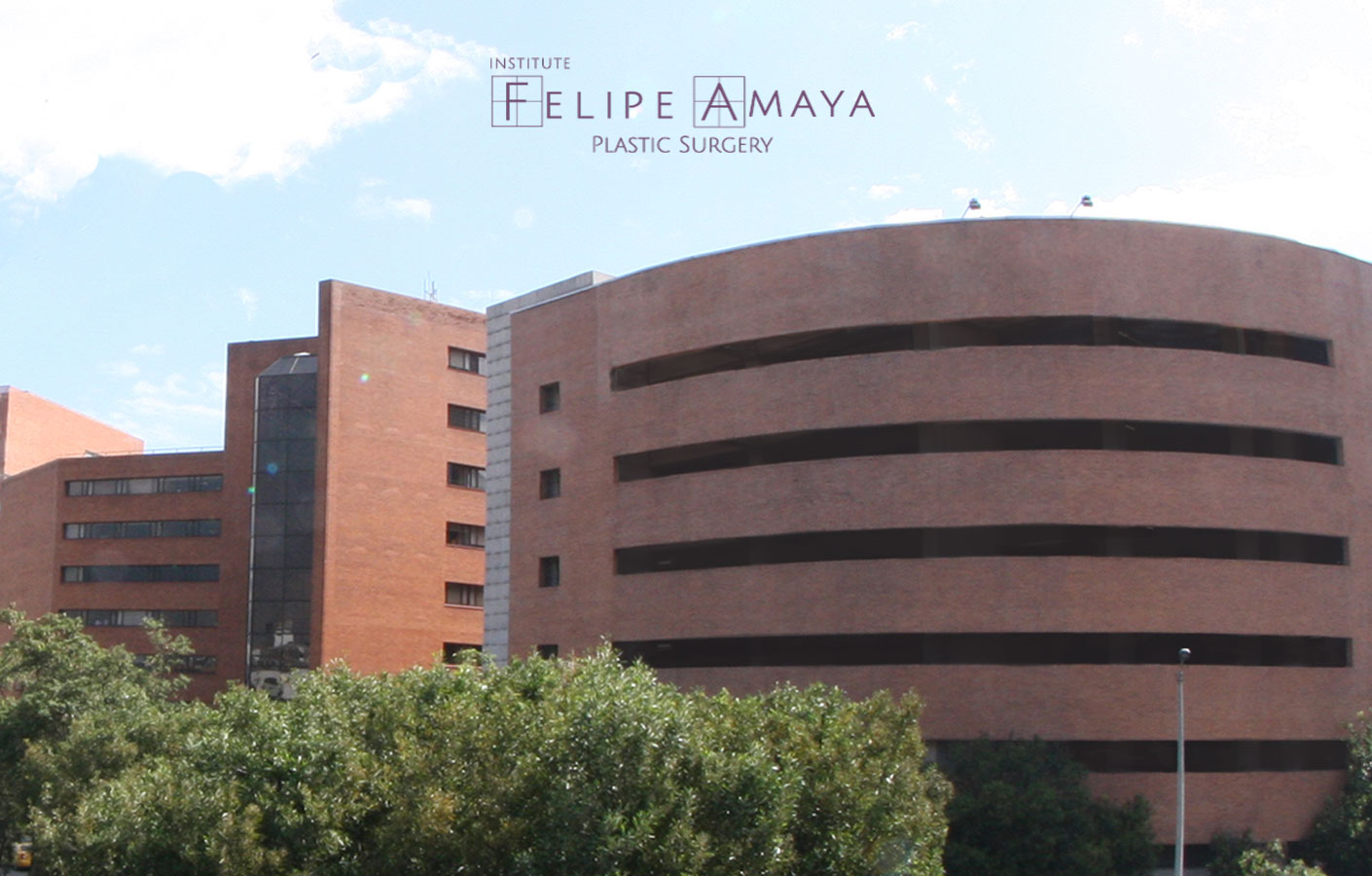 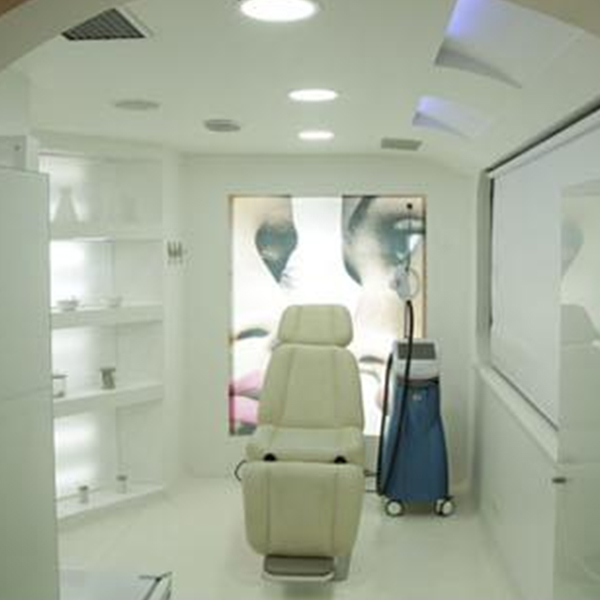 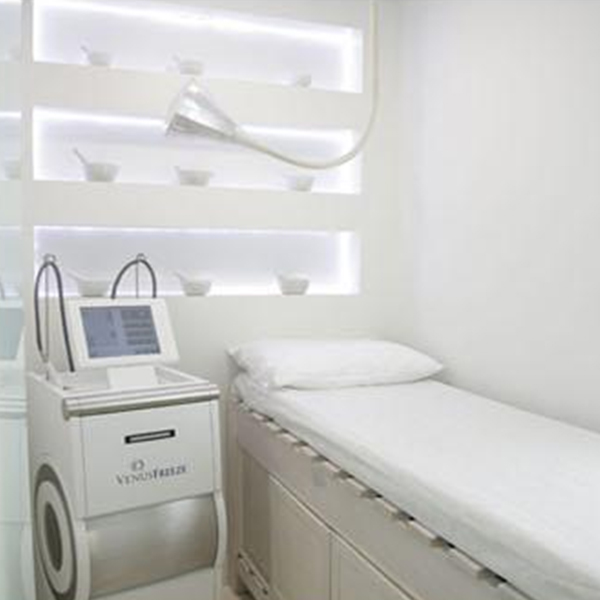 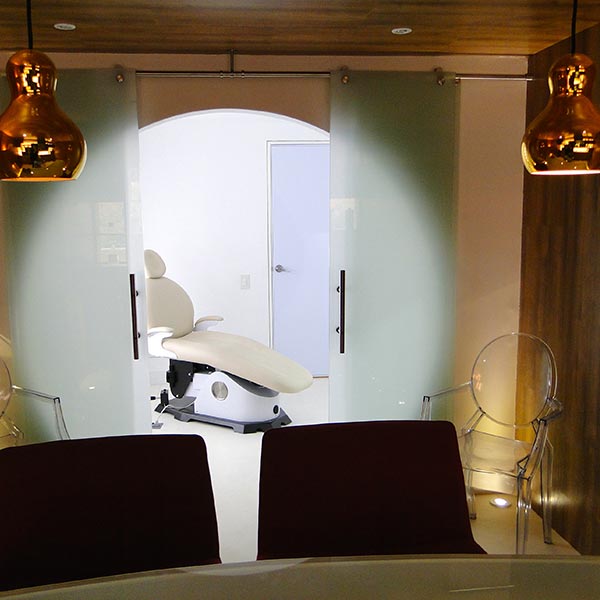 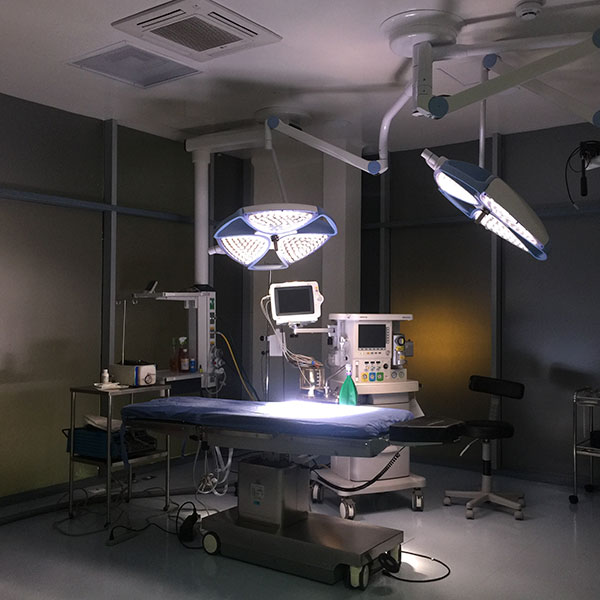 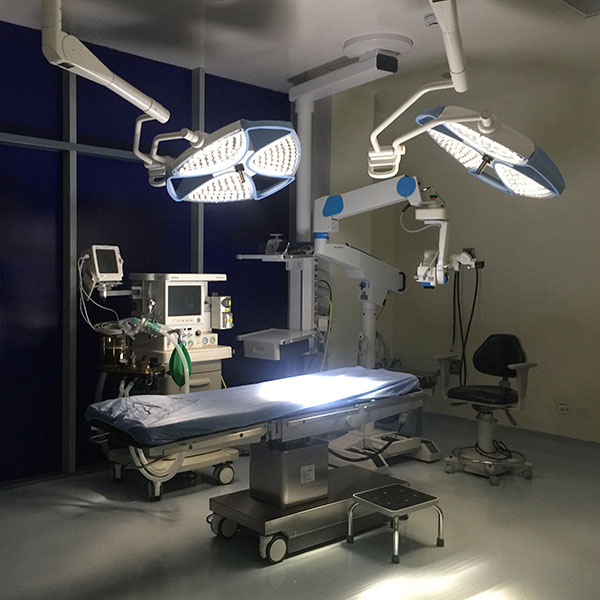 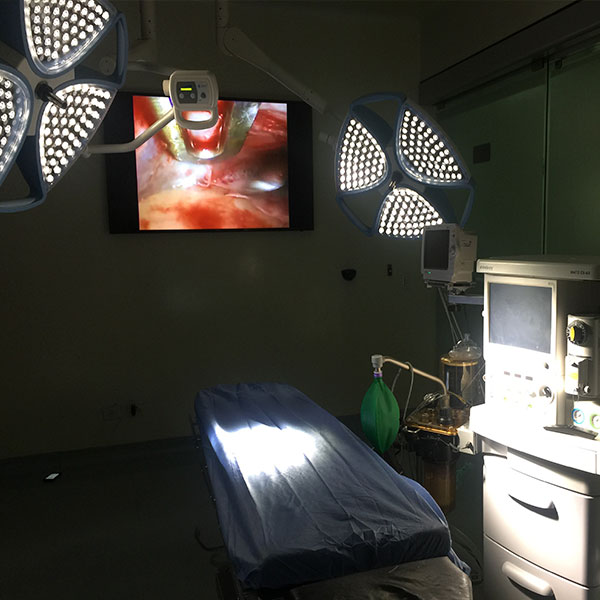 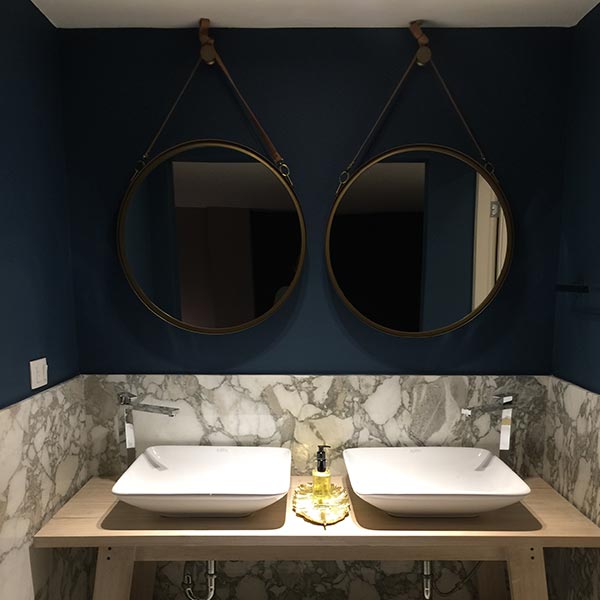 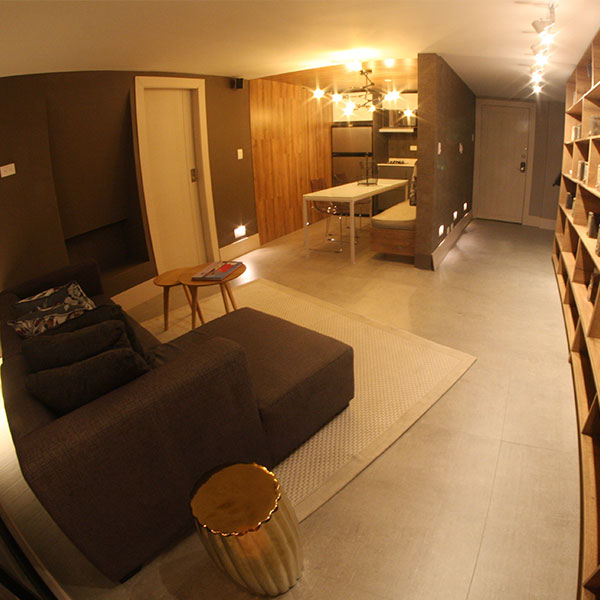 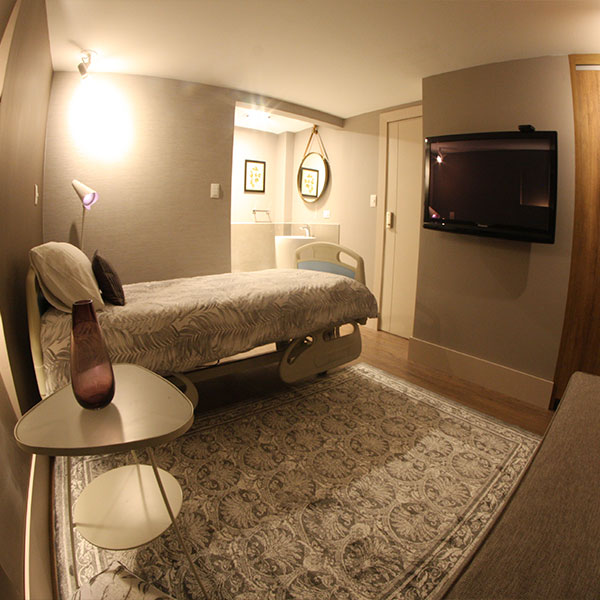 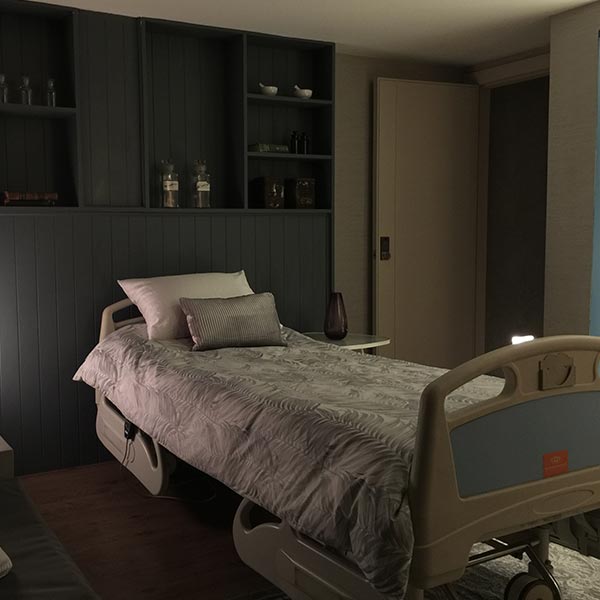 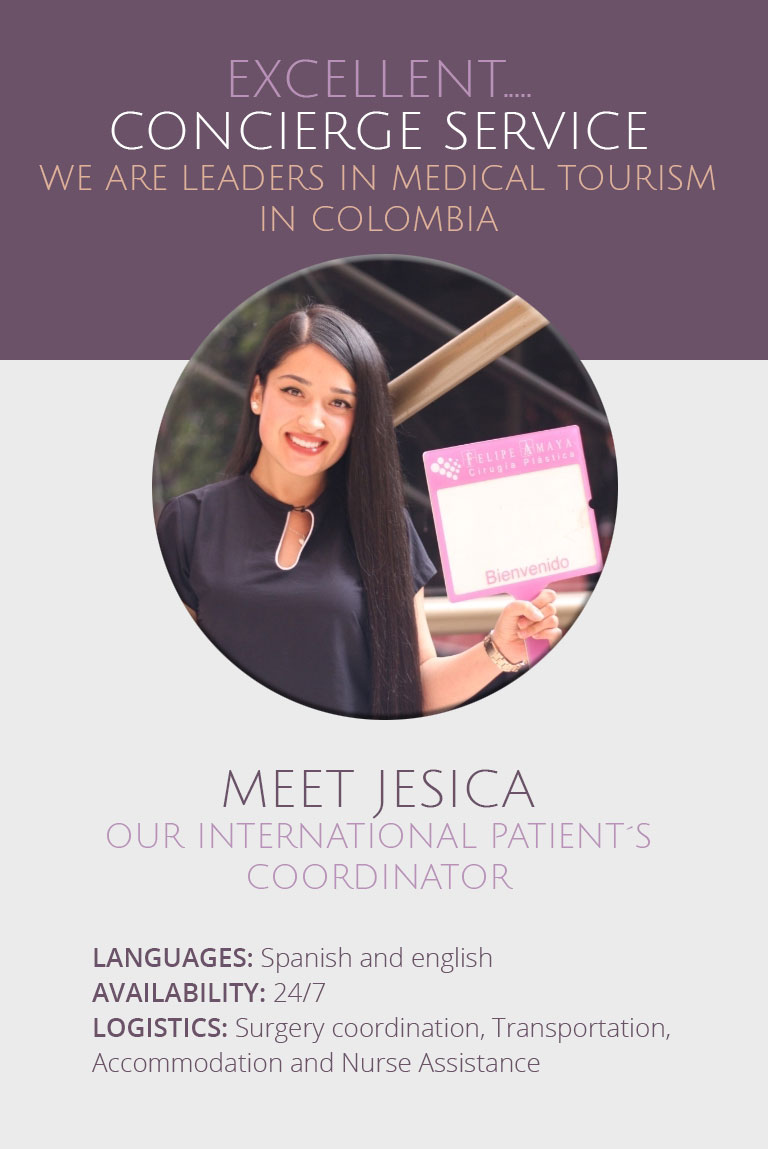 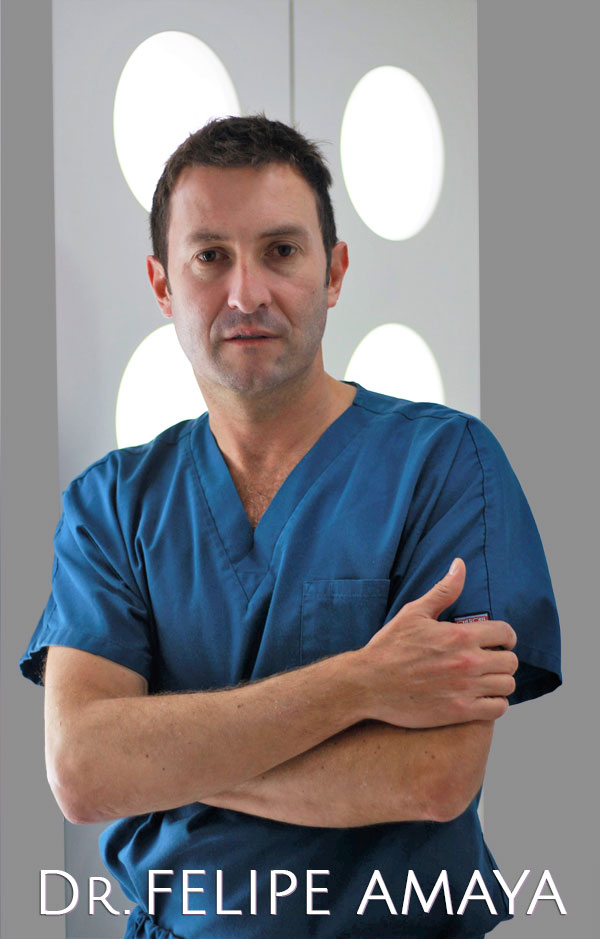 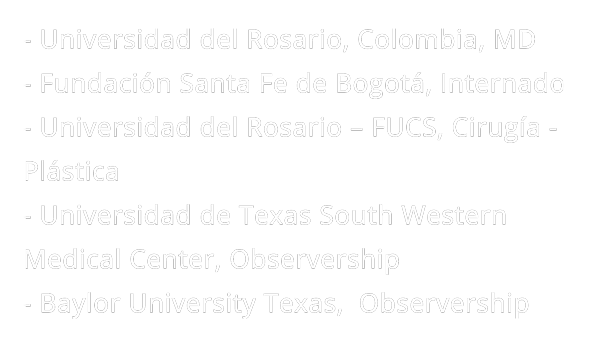 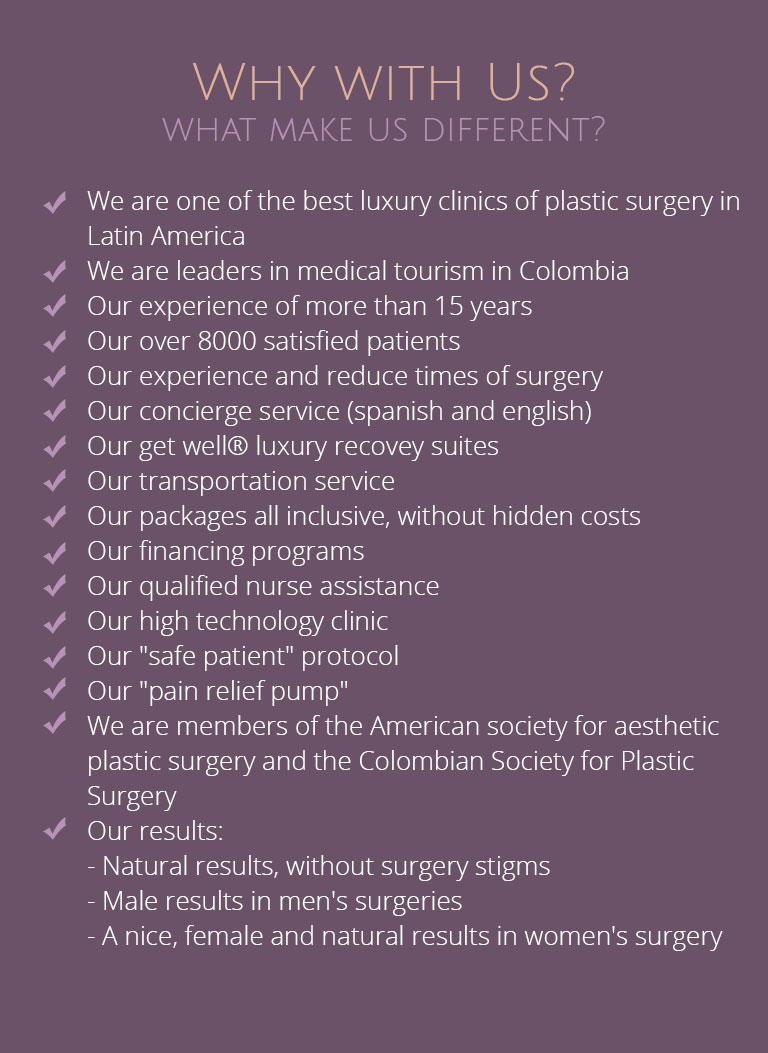